11th January was Indian Cricket's morn,
When a worthy cricketer was born.
Yes, he is none but RAHUL DRAVID
Whose cricket technique was indeed splendid.
Yes he became team India's knight,
Difficult battles he was ready to fight.
The bowlers when saw his sight,
Began wondering about their plight,
Seeing boundaries take their flight.
Yes he is called THE WALL,
For India he did stand tall,
Never letting our hopes fall,
Striking boundaries of many a ball.
He is called CUCUMBER COOL,
One whom no bowler could fool,
His career was a run-filled pool,
Correct technique was its key tool.
The bowlers were always admonished,
As many runs he replenished.
Till 16 years this player lasted,
His retirement left me flabbergasted.
Yet no Indian can ever forget,
What he made India achieve .
He delivered the BRADMAN ORATION,
For him every Indian stood in ovation.
I wish this gem a HAPPY BIRTHDAY,
In future I wish there is some day,
When I could catch a glimpse of him
And show my respect towards him..
-RICHA GUPTA 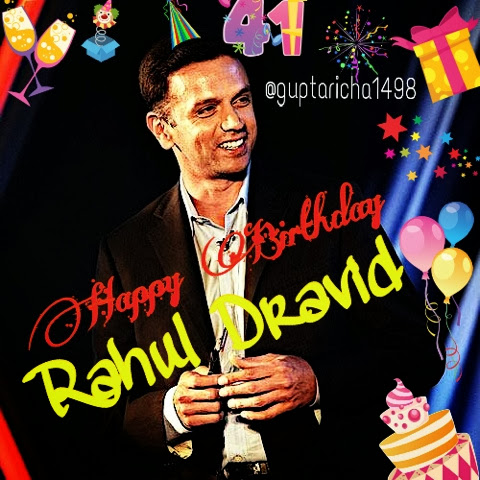